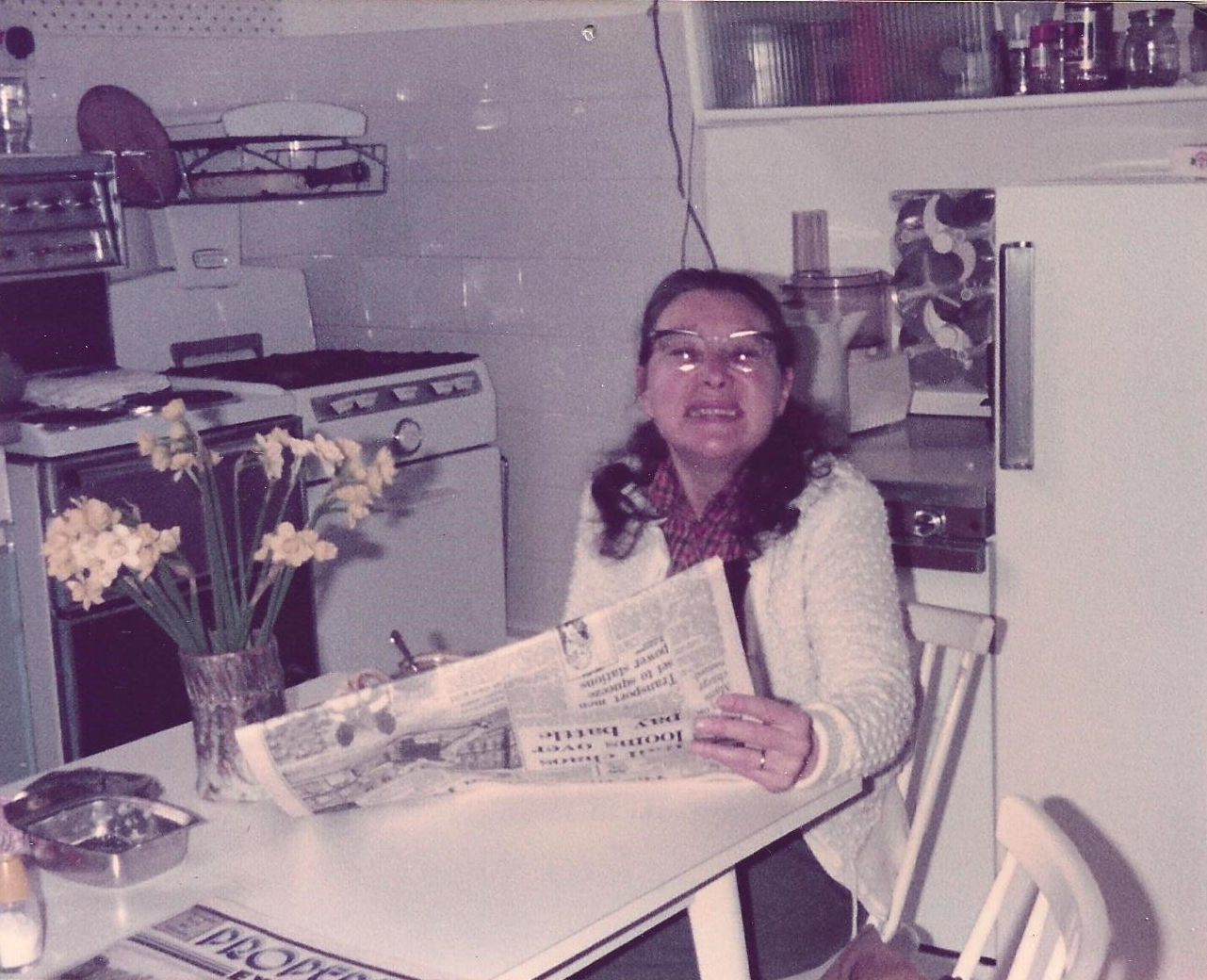 I’ve been sharing other peoples’ voices in my attempt to be seen as anti-racist as I was scared to use my own. It is very easy to hide behind Black people’s work and feel like you’ve done the work yourself. I knew that I was taking the easy way out but I didn’t know what I wanted to say.

I want to talk about my Mum. In this picture I am about 2 or 3 – I can tell by the glasses I am wearing and the fact that my hair is short. As a teenager Mum and I battled over my hair because she loved longer hair. Eventually she accepted that shoulder length was better because of my curls.

I need to write about my mum because of her example as someone who worked on her antiracism all her life. The whole time I knew her she was antiracism.

Mum was an intellectual independent woman living in a world of polite white middle class Englishness. A world where emotions were repressed and women were hardly seen. She was a secular Jew who strongly believed in social justice and humanism. She felt deeply in a society that buttoned up emotions so she came across as angry and paranoid because I believe that was the only way she could show how much she cared.

She believed that everybody, every person mattered. I have a memory of her stopping by some young boys who had made a “Guy” for Guy Fawkes night and chatting to them about their creativity before giving them “a penny for the guy”. Generous to a fault; intolerance and injustice hurt her personally.

Mum led by example; her temper aside. She read widely and shared much of that reading. From an early age, I was introduced to authors from India, Africa, Australia, Jamaica, indigenous voices, oppressed voices, political voices. She also shared her fascination with different cultures and ideas. I learnt that my English culture could be improved, be more open, and be more just. That my English culture was built on other cultures such as French, Indian, Chinese, African. She showed me that my culture was not a superior culture but one of many ways to live.

From mum, I heard about social injustices and racism. In her world, antiracism was a given and the work to be anti racist was part of our daily practice. That no one was “other”. When I was racist in any way, I was called out for that behavior and clearly told why I was wrong. I remember one time when I was 5 on public transport when I refused to let an Indian lady sit next to me; today I squirm inside because of my behavior 50 years ago. My parents clearly showed me how wrong my racist behavior was.

I accept my responsibility for stopping my daily antiracism practice as the privilege of being white in America allowed me to do. As I restart a daily practice of antiracism, I will do it in honor of my secular Jewish mother who strongly believed in our responsibility to help those who lacked access to education and privilege.

I hope you will join me with a daily antiracism practice; to learn about different cultures and other people’s lives. Please hold me accountable to remember that I am educated to serve others and to end white supremacy.

2 Replies to “My Mum and My Anti-Racism”